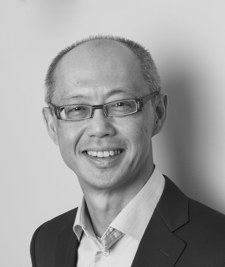 I am delighted at the renewed partnership between BSH and Wiley. Both organisations have worked hard at an agreement that makes BJHaem more robust and sustainable in the rapidly changing world of publishing. We held a Strategy Day with Wiley this month and are clear that while we want an increasing impact factor, BJHaem has to be both informative and easily digestible for our diverse Haematology community. By working together, we can ensure that our members and readers get the most out of new information in each publication.

I am proud of the world leading reputation of BJHaem, which was amply demonstrated by the announcement that Dr James P Allison and Dr Tasuku Honjo had been jointly awarded the 2018 Nobel Prize in Physiology or Medicine. Both have published original work in BJHaem and this is major evidence that our journal attracts highly distinguished contributors and that the science of haematology is at the forefront of advancements in medicine. Another exemplar to remind colleagues that “Haematology is central to Medicine”!

It also made my day when I met a kindred spirit at the Royal College of Physicians (RCP). Professor Victor Hoffbrand. Our eminent haematology colleague, esteemed educator and BSH Past President received the RCP President’s Medal recently. When he started at the Royal Free in 1974, Haematology was not represented at the RCP. He initiated the dialogue and became the first Chair of the joint committee between RCPath and RCP. British Haematology has come a long way since and we are now well acknowledged within the Physician family. For that and a plethora of reasons (including his fruitful partnership with Wiley), we owe a great debt of gratitude to Victor Hoffbrand.