Former BSH President Professor Allan Victor Hoffbrand has been awarded the 'Sultan Bin Khalifa International Thalassemia Award - Grand International Award' for his role in pivotal research undertaken by the Department of Haematology at the Royal Free Hospital in London.

The award recognises the many clinical and scientific researchers in the Department of Haematology of the Royal Free Hospital for their role in the introduction of iron chelating drugs into clinical practice. In 1976 they reported the first clinical trials in Europe of subcutaneous Desferrioxamine therapy in iron overloaded patients. In 1987, the first orally active iron chelating drug, Deferiprone was synthesised and began clinical trials in the Department. This was followed in 1998 by their first successful use of combined therapy with these drugs.

These iron chelating drugs have transformed the quality of life and life expectancy of patients with refractory anaemias who become iron overloaded from blood transfusions, especially those with thalassaemia major.

Professor Hoffbrand, who is the Emeritus Professor of Haematology at University College, London said:

"My own involvement in iron chelation began with the need to prevent the inevitable death from iron overload of a boy of 16 I was looking after with congenital sideroblastic anaemia. He began regular blood transfusions in 1974 and in 1976 became one of the first patients to begin subcutaneous Desferrioxamine treatment. A cheaper orally available drug was needed and I am particularly delighted that deferiprone, which we first gave to patients in 1987 has now proved to be the best of the three available iron chelating drugs for chelating cardiac iron.

In 1987 we synthesised the drug for clinical trials in our own department. The drug was the subject of much controversy in 1998 about its efficacy and side-effects. Deferiprone is, however, now commercially manufactured, licensed and used therapeutically worldwide. Improvement in life expectancy for  thalassaemia major patients in the UK and in other countries in the early years of this century coincided with the widespread introduction of Deferiprone into clinical practice. " 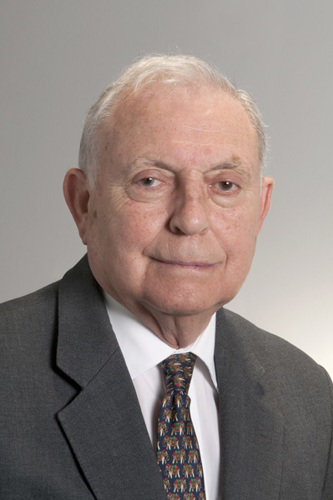