John Barrett has a career-long involvement in experimental haematology and bone marrow transplantation, and is currently Clinical Professor of Medicine at George Washington University Cancer Center, Washington DC. John was previously Section Chief at the Hematology Branch of the National Heart, Lung and Blood Institute at National Institute of Health in Bethesda between 1993 and 2017.

He trained at St. Bartholomew’s Hospital in London and has split his career between London and the United States. He has served as President of the European Group for Bone Marrow Transplantation (EBMT) and the American Society for Blood and Marrow Transplantation (ASBMT). In 2016 he received the American College of Physicians Award for Science as Related to Medicine. Since 2002 John has served as Editor in Chief of Cytotherapy (the journal of the International Society for Cellular Therapy).

Professor Barrett said: “It is an exciting time for haematology to be at the vanguard of major breakthroughs of our understanding of disease and I am thrilled to be charged with taking the British Journal of Haematology to the next stage of its development”.

Professor Charlie Craddock, President of the British Society for Haematology, said: “The British Journal of Haematology is a hugely important part of the way our Society supports our members to provide outstanding care to haematology patients. We are delighted that Professor Barrett will be joining the journal and we are looking forward to welcoming a haematologist of such high international standing with a track record of clinical and scientific excellence in both the UK and USA. BSH is greatly looking forward to working with John in pursuit of our aim to further increase the reputation and clinical impact of BJHaem around the globe”.

Maria Khan, Society Director for Health Sciences at Wiley, publishers and co-owners of the journal, said: “John Barrett’s impressive medical career and editorial experience, combined with the global connections he brings leave us excited about the future. I would also like to publicly thank Finbarr Cotter for his invaluable commitment to British Journal of Haematology over the past twelve years. His knowledge, global standing, dedication and acumen have made him an excellent journal Editor-in-Chief and the growth of the journal in the international arena over the past decade is testament to his efforts”.

Established in 1955, British Journal of Haematology is a long-established, highly cited journal publishing original research papers in clinical, laboratory and experimental haematology, helping clinicians and researchers around the world keep up to date with the latest recommendations, developments and protocols. 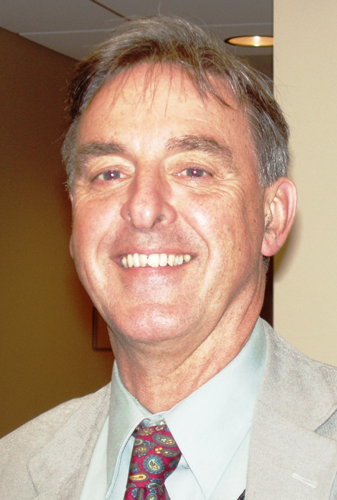